Samuel Brothers was established in 1830 on Ludgate Hill, London, and opened premises on Oxford Street in 1915, before moving to Bartholomew Place and then into Clerkenwell Green. In 1993 the company relocated its offices to the Headquarters of The Royal Logistic Corps upon invitation, where it remained until 2016, when it moved into Aldershot, the Home of The British Army.

The Company supplied many London companies with livery and at the turn of the last century was reputed to have been one of the largest exporters of uniforms in Europe with four factories located in London.  Livery was being shipped as far afield as the White House in Washington.  At the outbreak of World War One, the company focused on military and was commissioned by the War Office to produce the first waterproof coat for Officers of the British Army.

In 1908 the company was awarded a Gold Medal & Diploma of Honour at the Franco-British Exhibition. In 2017 the company was honoured to be appointed with a Royal Warrant as Tailors to HM The Queen. 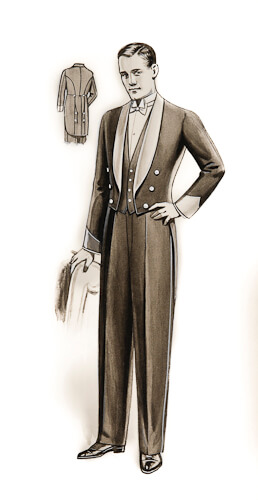